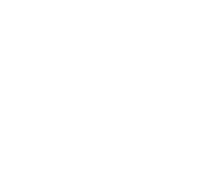 Like its predecessor HELEEOS, CDE's High Energy Laser Tactical Decision Aid (HELTDA) is being launched and undergoing continual upgrade with sponsorship and guidance of the DOD Directed Energy Joint Technology Office's (DEJTO) and many of our user customer base. CDE is structuring the HELTDA model to serve primarily as a pre-mission, directed energy system planning tool centered on tactical engagements.  In this way, the model will support concept and concept of operations development, development of operational requirements, and common understanding of the "realm of the possible" amongst higher headquarters military / civilian leadership as well as expeditionary unit commanders charged with achieving desired mission effects.  Indeed preparations are in full swing to host the software on ruggedized toughbook laptops to simplify the software's field deployment to traditional air, ground, and sea, as well as special forces units.

Using HELEEOS as its calculations engine, HELTDA equips the operator to build a dynamic one-on-one directed energy engagement scenario at any time of day / night and location world-wide; implement any of a multitude of geometries including air-to-surface, surface-to-air, and surface-to-surface; and adapt to the "fog of war" through flexible use of global numerical weather forecast models to integrate current and predicted weather conditions for the area of interest. The HELTDA GUI and mission analysis tool assists the operator plan and optimize strategy and tactics whether involving target interdiction or laser communications.