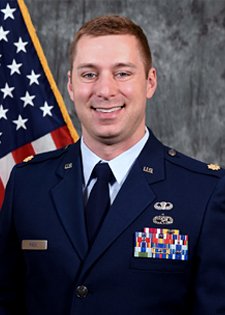 Major Steven Riedl is an instructor at the Air Force Institute of Technology's School of Systems and Logistics, Wright Patterson AFB, Ohio. He is an advisor to senior staff on current logistics issues, including the development and evaluation of courses and faculty performance.  Additionally, he orchestrates day-to-day operations for the creation, execution, and evaluation of logistics courses for both live and distance learning venues.  Moreover, he is a liaison for student/faculty issues, including academic advising, curriculum development, budgeting and grading.

Major Riedl received his commission and undergraduate degree from the United States Air Force Academy in 2010, as well as, a graduate degree from the University of Oklahoma in 2016. He supervised maintenance operations at the flight and squadron levels on both the U-2S and F-16CM aircraft. Off of the flightline, Major Riedl led technical support and subject matter experts within the F-16 System Program Office. Additionally, he served as a wing Sexual Assault Response Coordinator (SARC). He has deployed in various capacities in support of operations ENDURING FREEDOM, FREEDOM’S SENTINEL, and INHERENT RESOLVE.