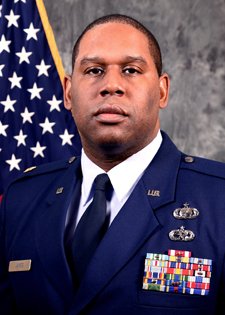 Major James is an Instructor of Contracting at the Air Force Institute of Technology.  He is a career officer in the United States Air Force and a recent graduate of Air Command and Staff College (ACSC). Prior to completing ACSC he served as a Pricing Staff Officer for U.S Air Force Materiel Command (AFMC) at Wright-Patterson AFB, OH.  He was responsible for providing contracting professionals with standard processes, tools, and training to ensure AFMC’s acquisition excellence in the field of pricing. Prior to this role, Major James served as the Forward Chief of the Contracting Division for U.S. Air Forces Central Command (USAFCENT) at Al Udeid AFB, Qatar.  Preceding that position he was the Executive Officer for the Commander of the Air Force Installation Contracting Agency and before that he was the Branch Chief for the Global Hawk Program Office, Foreign Military Sales and Sustainment Branch. Maj James is dual-certified in program management and contracting and has exercised unlimited Contracting Officer warrant authority in support of several assignments to include Special Operations Forces missions and major weapon system acquisition and sustainment.

He has deployed numerous times as a Contingency Contracting Officer in support of Operations Enduring Freedom, Inherent Resolve, and Resolute Support. He holds Master’s degrees from both Troy University, AL and Air University, AL and he completed his undergraduate degree at Tulane University, LA. Most importantly to Maj James, he is married to his wife Eujenee and they have two children Carnell III and Alexander.