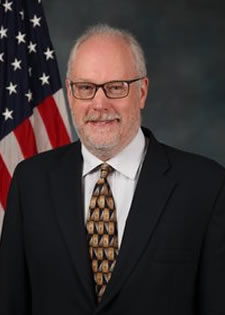 Earl Bennett is the Nuclear 250 Course Manager and an instructor at the Air Force Nuclear College, Kirtland AFB, NM.  He served in the United States Air Force from 1984 to 1993 as an aircraft armament systems technician on F-16 A/B and C/D as well as FB-111 aircraft  After completing his undergraduate degree, he received a commission from Officer Training School in February 1993 and served as an aircraft, munitions and ICBM maintenance officer.  He has held positions in SAC, ACC, USAFE, AFMC, AFGSC and the Air Staff.  He has served as a Nuclear Munitions Accountable Systems Officer, Emergency Actions Officer, commanded a Munitions Squadron and two Maintenance Groups and deployed for 13 months to Islamabad Pakistan as the Executive Officer to the Commander of the Office of the Defense Representative - Pakistan during Operation Enduring Freedom.  His final two assignments were commanding the 91st Maintenance Group at Minot AFB, ND and the 309th Missile Maintenance Group at Hill AFB, UT.  Earl retired from the Air Force in October 2019, totaling 35 1/2 years of active duty.  Since retiring, Earl worked as a professional numismatist and landed as a contractor at the Air Force Nuclear College in 2020.

2000 Masters in Public Administration from The University of Oklahoma

2013 Masters in Strategy from The Air War College