About the Air Force Institute of Technology 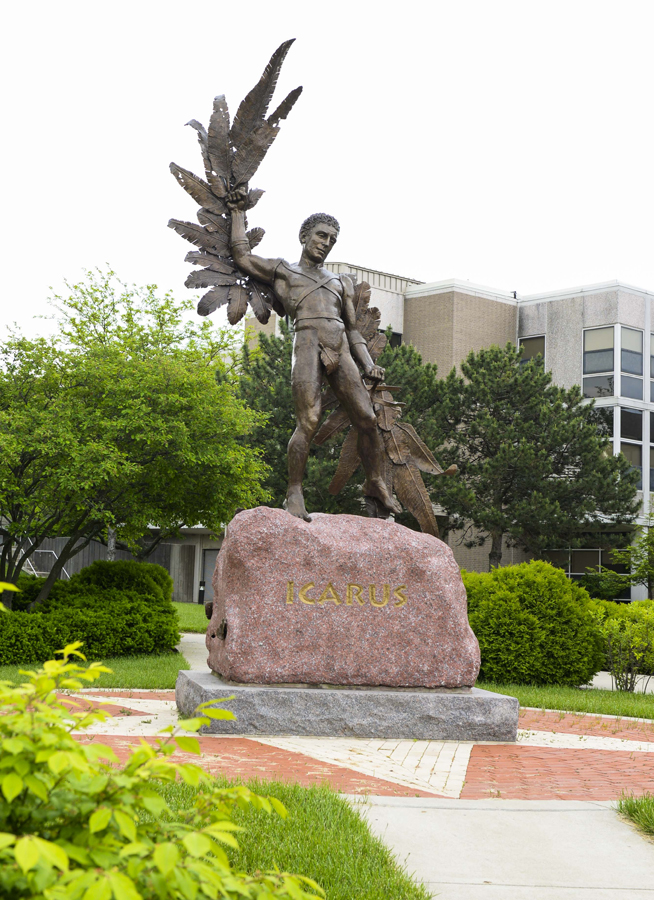 Icarus Plaque Inscription
TO FLY!  Oh, what a dream! And no part of this dream since the beginning of history is more vivid than the Greek Legends of Daedalus and his son Icarus.

Imprisoned together in the Labyrinth on the Isle of Crete, they escaped on wings fashioned by Daedalus from feathers and wax.  But Icarus flew too close to the sun, the wax melted and he fell to his death in the Aegean Sea as his sorrowing father flew to freedom.

The Icarus Memorial remembers the men and women graduates of the Air Force Institute of Technology who gave their lives in service to our nation.

The Air Force Institute of Technology, or AFIT, began as the Air School of Application at Dayton’s McCook Field. Renamed the Air Corps Engineering School and moved to Wright field in 1927, it became AFIT 20 years later.  It is the only Air Force institution accredited to confer Master’s and Doctoral degrees.  Over 14,000 men and women have graduated from AFIT, including several U.S. astronauts and many of our nation’s distinguished military leaders.

Many contributed to this memorial; major donors are recognized on separate plaques nearby.  Icarus was designed and fabricated by Karkadoulias Bronze Art, Inc., of Cincinnati, Ohio.  The completed work was donated to the U.S. Air Force Museum in 1998 by the AFIT Foundation.

The AFIT Foundation initiated, commissioned, and funded, through contributions, the construction of a memorial to graduates of the Air Force Institute of Technology from the US Air Force and US Army Air Corps who lost their lives while in service to our country. Upon completion, the monument was offered as a gift to the Department of the Air Force and, under the provisions of Title 10, United States Code, Section 2601, accepted. While originally planned for the circle at the center of the AFIT complex, the Foundation board determined that having the statue installed in the atrium of the National Museum of the Air Force at Wright-Patterson would be appropriate, and would enable the statue to be viewed by larger numbers.

In 2010, the Icarus statue was moved from the National Museum of the Air Force, to its originally intended location in front of the AFIT complex.  A rededication ceremony was held on 21 September 2010, with Mr. Eleftherios Karkadoulias, who designed and crafted the Icarus statue, in attendance. 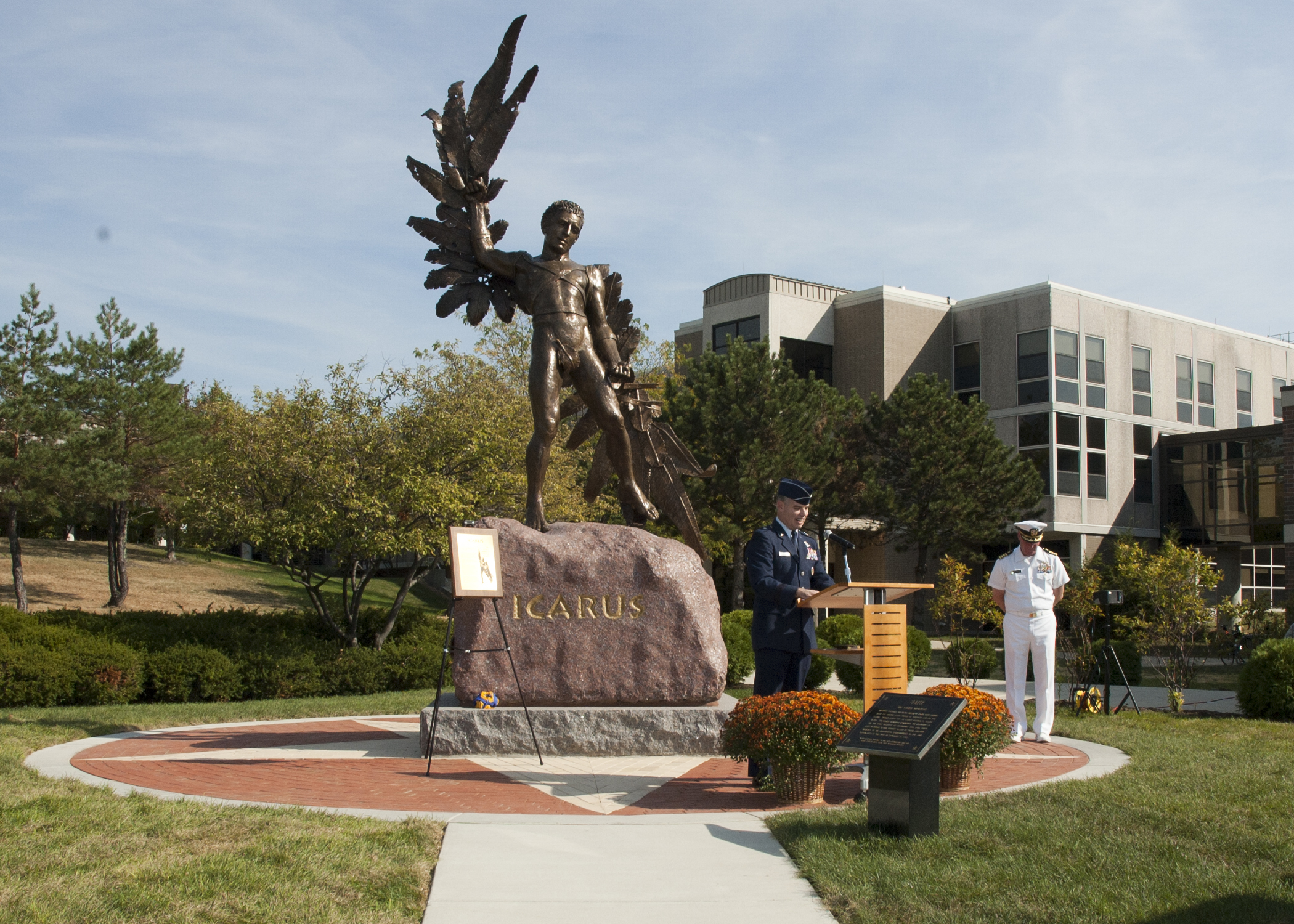 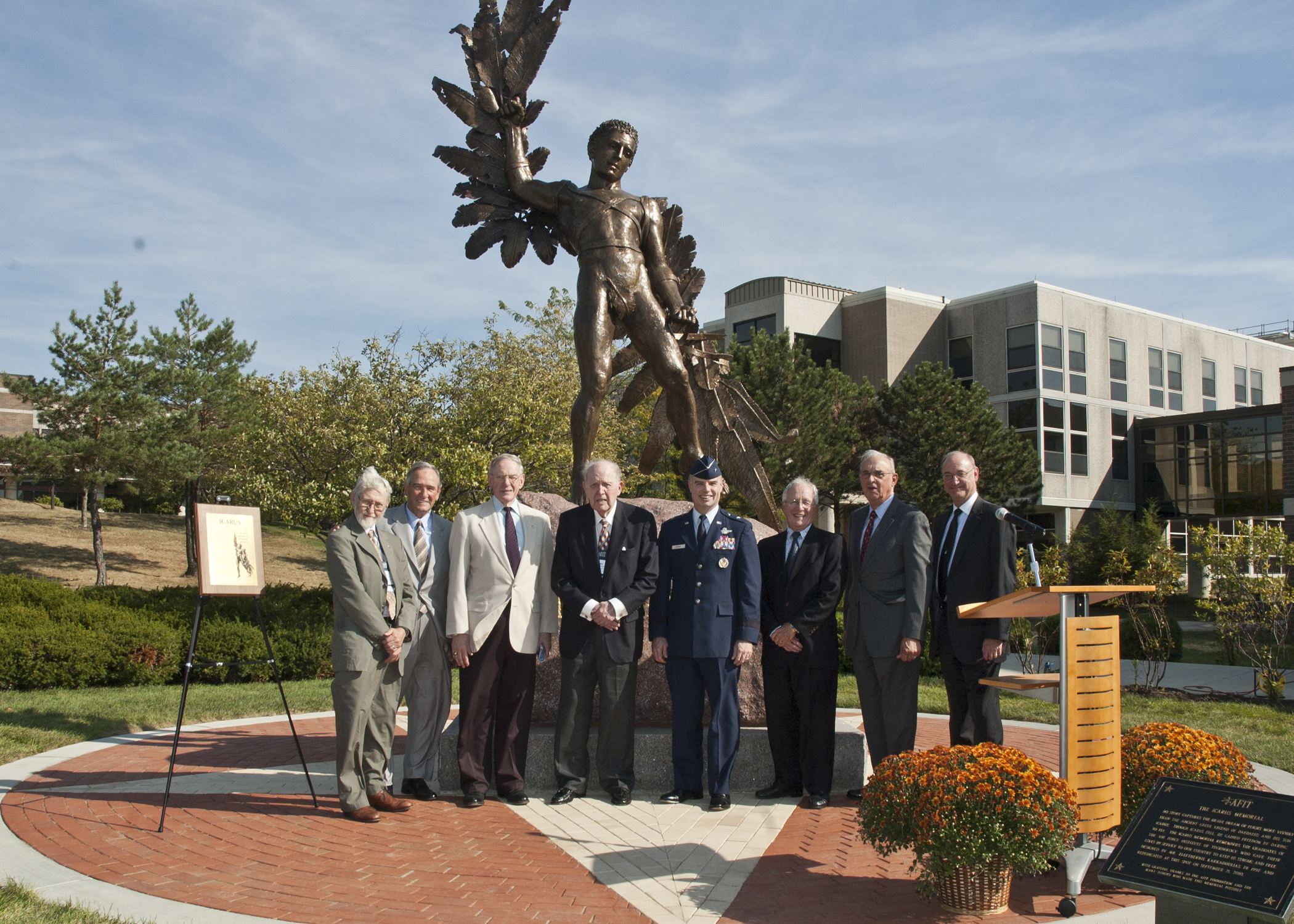 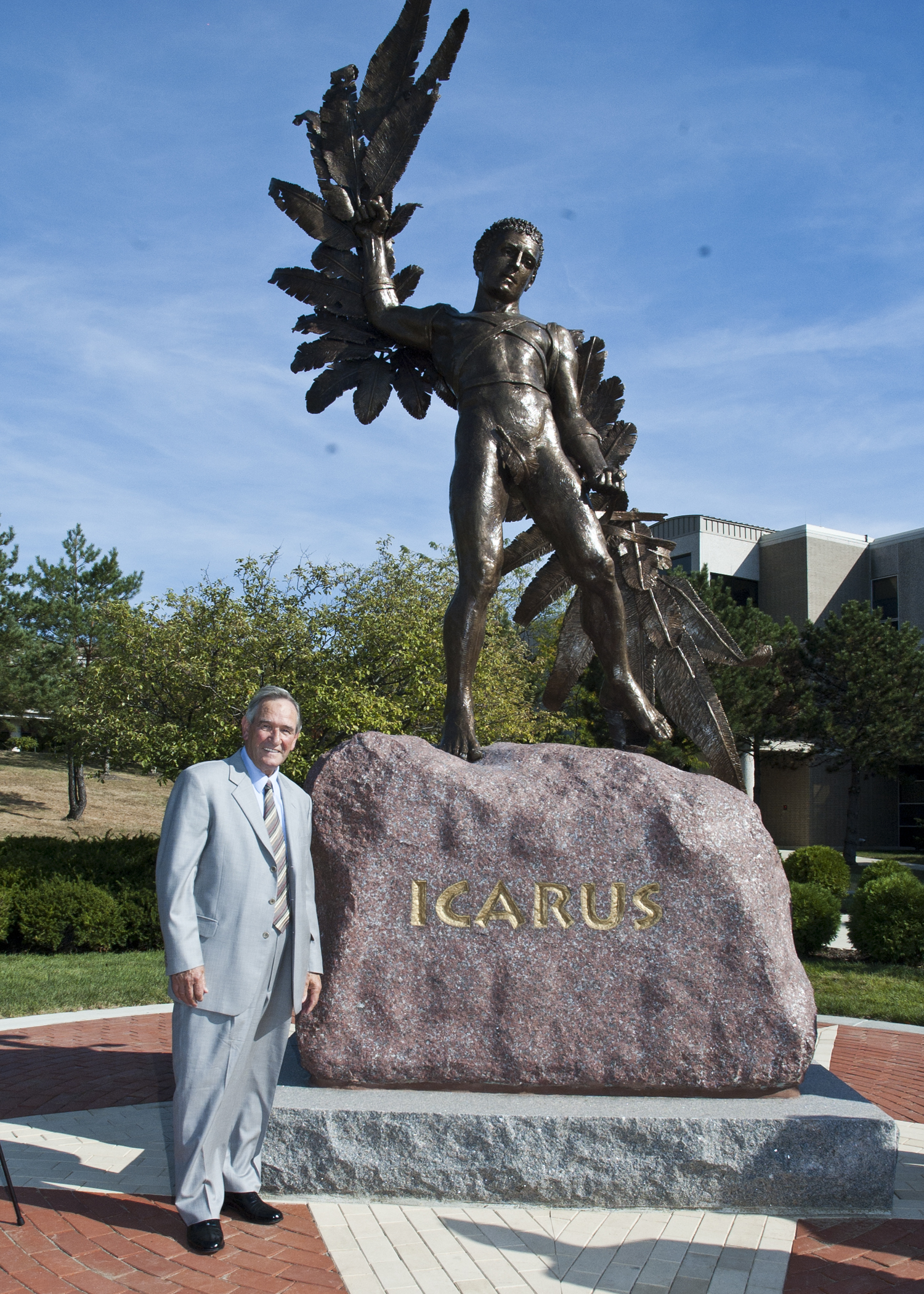