Capt Kieffer was also recently notified that he made the USAF Triathlon Team – this will be his 4th year on the team.  He will represent the Air Force at the 2013 Armed Forces Triathlon Championship, 29 May through 2 June, Naval Base Ventura County, California. 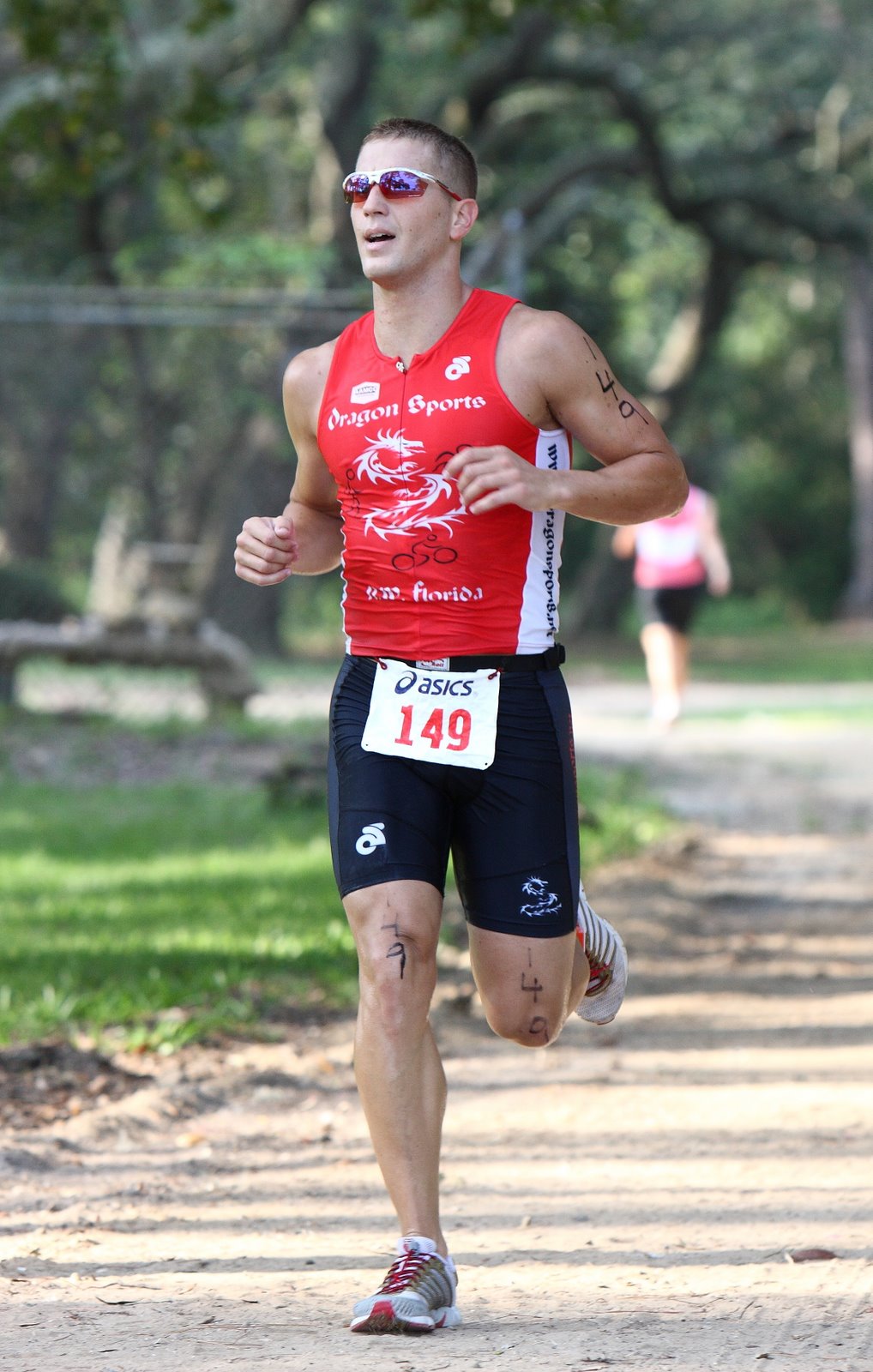 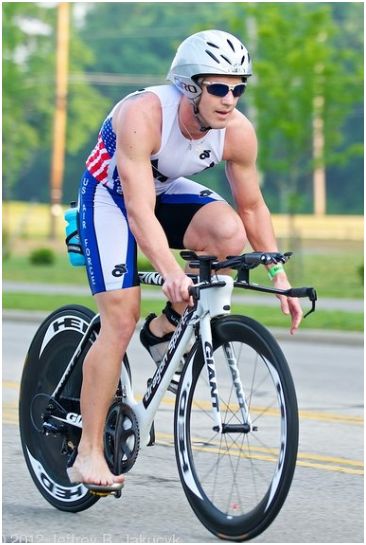 Giving up has never been an option for Capt Mitchell Kieffer.  “That’s not really how I’m wired, it never crosses my mind, I mainly just think of how I can improve.”  Capt Kieffer is earning his master’s degree in Operations Research at the Air Force Institute of Technology (AFIT) while dealing with the aftereffects of traumatic brain injuries received from an IED while serving in Iraq.  Kieffer will compete for Ultimate Champion in the Fourth Annual Warrior Games scheduled for May 11-17, 2013 at the Olympic Center, Colorado Springs, Colo.

While serving as an Operations Officer in Iraq during the transition to Operation New Dawn, Capt Kieffer planned and coordinated visits outside the wire to check the viability of construction sites.  The inspections would require his team to travel all around Baghdad in lightly armored SUVs for four to eight hours at a time.
With only a month left on his tour, Kieffer’s team was traveling in four vehicles when they were ambushed as they exited a checkpoint in a rural area of Baghdad.  The first car in the caravan was hit by a conventional IED and the third vehicle was hit with an Explosively Formed Penetrating IED – a copper plate that formed a slug cut through the armored SUV, passing two feet in front of Kieffer’s forehead.  The blast knocked him unconscious for a short time, waking to RPGs and AK47 rounds being sprayed onto his caravan.  Luckily, all four SUVs were able to break contact and return to base without casualties.

Kieffer was hospitalized in Baghdad, transferred to Germany, and then Brook Army Medical Center in San Antonio for treatment of traumatic brain injuries before returning home to Eglin AFB to continue his recovery.  He received a purple heart as a result of his injuries.

When Kieffer started at AFIT, dealing with memory issues and reduced information process speeds were difficult.  He recalled one assignment took him 7 hours to complete, describing the situation as “hard, because I could see from the outside that this is not how my brain used to work.”

Kieffer believes that learning has been his best therapy in helping to improve his memory. While he did feel at a disadvantage against his classmates in the beginning, he began to work with them to tackle the tough problems.  “Obviously when I felt like I wasn’t up to par with my brain it’s tough to ask for help when you are so prideful.  Swallow your pride because no one is going to look poorly on you if you ask for help to get through assignments.”

Lt Col Shay Capehart taught Kieffer’s statistical refresher class in the fall of 2011.  Lt Col Capehart said Kieffer talked to him about his injury “just in case I noticed some irregularities in his concentration or performance during the semester.  That was the last time we ever spoke of his condition, because I never noticed any issues with Mitch's performance during the fall class.  Instead, Mitch was one of my top students in class.”

For the first three years of his active duty service, Kieffer was a part of the AF Triathlon Team comprised of 12 men and 6 women from across the Air Force.  In October 2012, Maj James Bales, the AF team coach for the 2013 Warrior Games and a previous Triathlon teammate, called Kieffer to urge him to apply for the team and compete in the Ultimate Champion competition.  Before the call, Kieffer knew very little about the games and had never considered applying.  But the thought of competing triggered his competitive streak and was appealing, especially since he was already training to try out for the AF Triathlon Team again.

Setting priorities has helped Kieffer continue his physical training while at AFIT.  He trains 10 – 17 hours a week with one or two workouts a day. “It’s always a competition with myself.  If you don’t quit during a hard training interval, then you aren’t going to give in when school or life in general, is hard.”

While preparing for the games, Capt Kieffer is completing his master’s degree thesis investigating proper efficiencies and staffing of recovery care programs for the growing population of wounded warriors. “I wanted to have a thesis topic that I really had a passion for and make a difference.  After going through the recovery care system, I wanted to look at ways to improve the efficiency of the process.”  Kieffer hopes his thesis will provide recovery care coordinators with statistical analysis demonstrating the importance of their work.  “I’m almost done and I still can’t get enough – I still want to continue on other aspects.”

Following graduation from AFIT in March 2013, Kieffer will report to Air Combat Command A9 (Analyses, Assessments, and Lessons Learned) at Langley AFB to work with his previous professor.  Lt Col Capehart is looking forward to Kieffer’s arrival stating, “In addition to receiving a bright officer, we are receiving one of the top athletes in the service.  We are pleased to have Capt Kieffer represent us at the Warrior Games this summer, and he's going to be a fine athletic role model for the entire HQ ACC staff.”