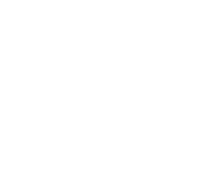 Spring graduates who have not participated in a “Drive-Through” event to receive their diploma will have their diploma mailed to the address provided. For further information, please email Registrar@afit.edu.

Retired Col. Robert Swanson Jr. speaks in front of hundreds of graduate students and faculty Jan. 16 at the Air Force Institute of Technology at Wright-Patterson Air Force Base. Swanson is a suicide attempt survivor and shared his insights on recovery and getting mental health help. (U.S. Air Force photo/Katie Scott)

By Amy Rollins
Skywrighter Staff
Orignially published in the Skywrighter, 31 Jan 20, Vol. 61, No. 4, page B1

Graduate students at the Air Force Institute of Technology at Wright-Patterson Air Force Base gathered Jan. 16 in the school’s main auditorium for something that was far from a lecture: It was the telling of a story of resiliency and hope by guest speaker retired Col. Robert Swanson Jr., PhD.

Swanson shared his very personal struggles with depression that culminated in two suicide attempts and how he survived them and started thriving. His presentation resulted from AFIT student feedback gathered after base organizations observed a Resilience Tactical Pause Sept. 5 so that all Airmen could focus on resiliency and suicide awareness discussions.

Swanson now serves as keynote speaker, senior mentor and advisor to the award-winning “Fight for Each Other” (F4EO Project) suicide prevention program, based in Hawaii. Speakers representing each branch of the five services travel to various locations to share their stories of how suicide has impacted them personally.

Suicide affects the lives of not only military members, but their friends, family and coworkers, which isn’t discussed much, Swanson noted.

“That’s the impact that it has on our friends and family. We convince ourselves that we’re doing the world a favor, and what we are doing actually is leaving a big, gaping hole in people’s lives,” he said. He estimated that half of the 850 AFIT audience members have been affected by suicide.

He outlined his own story of once being a hard-charging, motivated Air Force captain but one who was feeling the pressure of not meeting his Ph.D. educational goals within a certain timeframe. With family pressures mounting, he made his first suicide attempt using alcohol and pills. He survived but his marriage did not, and his wife took custody of their two sons.

In desperation, he made another attempt. Ultimately, he connected with a mental health professional who helped him understand that he could come out of his darkness and be happy.

The retired colonel said his key points relating to suicide and suicidal ideation are:


Swanson remained in the Air Force for almost two decades following his recovery from his mental health crises.

“I not only got my career back on track, but I was given the opportunity to lead, manage and motivate some of the finest men and women this nation has to offer,” he said.

He retired to Hawaii, earned another M.B.A. and bought his dream car.

“When we can think about seeking help in the same way that we think about getting a broken arm fixed, we will be light years ahead of where we are today,” he said. “It is not a sign of weakness.”

Swanson closed by telling the AFIT audience: “You are incredible; you are worth it; you are important to your friends, your family, your nation, your service, your coworkers. You are important enough for a crazy old colonel to get on an airplane, take the red eye to a place that’s cold and tell you just how important you are.”

Swanson and mental health professionals from the 88th Medical Group were on hand to talk with audience members.

“We have to start being comfortable with being uncomfortable and having those conversations,” Swanson said.

“We’ll determine where the patient can be best served,” he said.

A host of additional base resources are available, Atisme pointed out, ranging from military family life consultants, chaplains, the Behavioral Health Optimization Program in the Family Medicine Clinic and Military OneSource (https://www.militaryonesource.mil/).

For more information about suicide awareness and prevention, call the Military Crisis Line at 1-800-273-8255 and press 1 or text 838255* visit: http://www.afms.af.mil/suicideprevention/